Good dawning to thee, friend and eager reader! :)
If there is one influential dramatist and writer that never gets out of fashion, then it is nobody less than William Shakespeare! 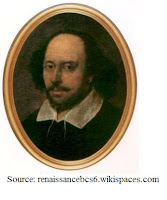 Who has not read or heard about at least one of his works. I remember well when we first read Much Ado about Nothing at school. The first words already confused everybody in class. But once I started out and learned to decipher Willy's expressions and the meanings he wanted to convey, I really enjoyed it. But it wasn't until I entered college to study English that I truly learned to appreciate and love the poet of the Elizabethan era; cause, let's be honest, what teenager enjoys the classical stuff read at school? But Shakespeare can be made attractive for teens -- if presented through the lense of fiction! I know what you think: Shakespeare in fiction?-- How?
Well, today we have an expert here to tell us more about it. Please welcome YA author James Hartley!

Hi James. It’s so great to have you here. Please, tell us about yourself.

Hi Key. Well, I was born in a town near Liverpool, England, about forty-three years ago. I grew up there but when I was about seven we moved as a family to Singapore. We lived there for about five years and it was a fantastic experience. After that we moved to Scotland, which was a bit of a culture shock. After a few years there we moved to Muscat, in Oman – all this was because of my dad´s job – and around the time of my GCSE exams I went to a boarding school in England. I stayed there and did my exams and the school in The Invisible Hand is basically based on that place. After school I went to university in London and studied journalism but by the time I´d finished studying I´d had enough of the city and jobs and the impending rat race. I ran away to Galway in Ireland then drifted about the world, passing through France, Spain, Germany, central Europe and later further afield, to Thailand. I did any old jobs, sat about, listened to music, read books and enjoyed life. I came back to Spain about ten years ago and have settled down now. I live in a lovely place about eighteen kilometres outside Madrid with my wife and two children. Now I write and teach English here. 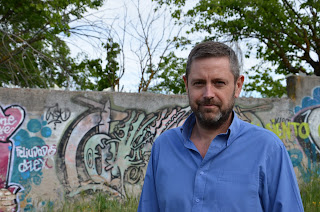 When did you decide to become a writer?

I´m one of those people who´s always written, right from as far back as I remember. At school people liked my stories. I always did well in English and it just seemed like something I would do. Making money out of writing – fiction writing – is tough, as everyone knows, and although I´ve made a bit of money, sold books or won prizes here and there, I´ve never really done it full time. I´ve always worked and done other things and I don´t think that´s necessarily a bad thing. But the writing has always been there in some shape or form. It´s just what I do. A hobby. A compulsion. It´s never really been a chore, it´s just there.

From what I read about you, you got to travel a lot. In how far did that influence your writing?

Well, of course the places and people you´ve met along the way crop up. The school in the book is very definitely the boarding school I went to. Some of the people in the story are similar to people I´ve known. More than influence my writing, travelling about and meeting different people has tended more to influence my view on humanity and the world in general. It´s amazing how similar people are all over the world, for example, but also amazing how there are so many obstacles in place to divide people, usually for nefarious reasons: politics, self-gain, exploitation. On other levels, it´s such a shame that there isn´t really a world culture, that our media tend to work on nationalistic lines, or US-dominated agendas. It´s a shame, that, for me, and I think that feeling of misrepresentation comes into what I write more. Our similarities are so much greater than our differences. I´m not an idealist but I really do think hate and fear are used as tools to influence and motivate people because it´s so easy.

You reside in Spain. What do you like most about the county?

My wife and my children. They´re the reason I´m here, otherwise I´d probably go drifting on. But I love the country too – always have done. I´d been to Spain before, on holiday, but it was when I came to Madrid in the early 2000´s that I fell in love with the place. It was perfect, really, because it was exotic and different – I spoke no Spanish, then – but it was close to home, only a two-hour flight from Liverpool. The weather, of course, was amazing. Beer and football and generally enjoying life were high priorities, nicely keeping in line with my own, and I genuinely loved the city. After I met my wife, things fell even more into place: her family is from Cordoba and so I got to discover a whole new fantastic side of the country down there in Andalucía. Spain has always been good to me for work, too, and I live well here. I´m happy.

Your YA novel The Invisible Hand, which will be published by Lodestar Books on 24th February, 2017, is about a boy who is able to travel back in time. The story takes place at a boarding school and in medieval Scotland. The Invisible Hand is the first book of a series called Shakespeare’s Moon. How many books will you write for this series?

I don´t know. A lot depends on the reaction to the first book. I know that the second, which will be about Romeo and Juliet, is more or less ready. After that I have some ideas for King Lear and Hamlet but not so sure after that. Perhaps something set in Rome. This could all change with the weather, so the honest answer is – no idea. 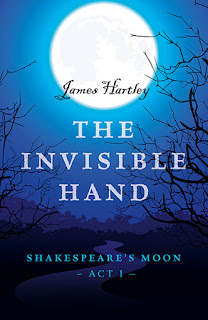 The Invisible Hand is based around Shakespeare’s Macbeth. Are you a Shakespeare fan? What made you choose Macbeth and not, let’s say, for instance, Hamlet?

I´m a big Shakespeare fan but I´m no scholar. I need my pass notes and help to decipher and enjoy his plays and poems, but there´s just some richness, some way of describing the world which is masterly and impressive. A good play, well explained (or taught) is a joy.
I chose Macbeth as it´s probably my favourite Shakespeare play. It has been since I was taught it well in school and it´s followed me around. I like all the mythology about it, the story, the legends, the play itself, the subject matter, the darkness. Hamlet, too, I love, but Hamlet is a different beast. I wanted to concentrate on Macbeth this time as I could see the story and I wanted something lithe and linear. I also liked the idea of meeting Macbeth and Lady Macbeth in my mind, as the characters in the book do. That was exciting. Most of all, though, I wanted to communicate a bit of my passion for the play. The idea that some people, especially people who had to study the book for GCSE for example, were rejecting it because they thought it was irrelevant or too hard to understand kills me. I wanted to give people a way in.

You write for Young Adults. What was your favourite book when you were in your teens?

I think reading in your teens is a weird experience, or at least it was when I was a teenager. It´s when a lot of people lose their way with books, where a lot of people just give up. I think now, with the whole Young Adult market, there is so much more choice, and with indie books, even more, as you can basically read what you want. Publishers and writers are much more savvy as to what people want to read whereas I always felt caught between two posts. As a child there were great books and then suddenly you were expected to read either schoolly books with “a message” or some of the easier classic books. I remember enjoying To Kill a Mockingbird, and actually being surprised I could understand it and liked it, but I felt like some of the other books were a chore. Message books, then and now, are a turn off for me. It wasn´t until The Wasp Factory by Iain Banks, which I found when I was about 17 or 18, that I got a thrill out of books again as a teenager. I hung in there but I understood why many didn´t. That gulf was bridged by Harry Potter, I think: that woke publishers up to the fact that they´d left many, many readers behind who they could cater for. Not so sure schools have learned, though.

When I visited your website (http://www.jameshartleybooks.com/), I noted that you like to support young writers. You also run a short story competition. Tell us more about it.

I want to give young writers a space to publish their work. I want to encourage people who feel like I did, that they have these words pouring out of them, which other people respond positively to, to get their stuff out there. I´m not quite sure how to do it but in my mind I envisage trying to publish some kind of anthology. Although I have given a theme to the competition, really I´m open to anything by young writers. I like imagination and stories more than showing off. If you write, if you want to see what people think of it, if you can´t help writing and people have told you what you write is good – send it to me.

(Intro of Interview by H. El-Tahwagi)