Today, I had a chat with a fantasy novels author of a very special kind. Please, welcome Devorah Fox!

Hi, Devorah. Where did your journey as an author start?
Though I’ve been writing for practically my entire life and have held several different writing jobs, my author career began in 1987 when my husband and business partner said, “Let’s publish a book.” We had no idea what we were getting into but a year later we had a 500-page textbook, Bumper to Bumper, The Complete Guide to Tractor-Trailer Operations. It’s been revised several times over the years and is still in print. I began The Lost King, my first published novel, as a project for National Novel Writing Month in 2010. 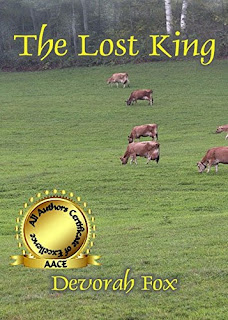 What’s the first story you’ve ever written? What was it about?
I recall writing a short story for a high school creative writing class. I don’t remember the title, but I do know it had something to do with the Spanish Inquisition and the auto de fe.

What is your most recent novel called? Please, tell us something about the plot.
Detour officially debuts on Nov. 4, 2016. The story takes place in mid-February, 1993. Trucker “Super Man” Harlanson is traveling to New York's Hudson Valley with misgivings. He's eager to see his girlfriend Debbie, but her elitist parents? Not so much. When he ends up at the family home, he figures the hardest part will be surviving the onslaught of relatives arriving to celebrate the birth of Debbie's nephew. That is until the US President announces his plans to hold a campaign event nearby and the town is caught up in the media frenzy. When Archie stumbles on a deadly plot against the nation's leader, he finds himself butting heads with skeptical local law enforcement, the FBI, and the White House security team, and dodging the would-be assassins who now have him in their sights, all while trying to keep his head down in a household crazy with new-baby fever. 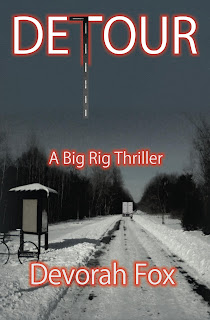 Which of your characters is your favourite, and why?
When I first started writing Detour, Archie Harlanson was inspired by my husband who has since passed away.

Do you watch TV? What’s your favourite TV show?
I confess, I still watch reruns of Law and Order, and Law and Order SVU. Since the shows had such long run, there are actually episodes that I haven’t seen. In the current lineup, I like Scorpion and The Librarians.

What are your plans for the future?
I plan to participate in National Novel Writing Month in November, 2016 although at this writing I haven’t settled on a project. Likely it will be a Mystery/Suspense/Thriller. The Zen Detective, another novel that like Detour is set in the 1990s, will debut Jan. 6, 2017. At some point, I’d like to do another book in my epic fantasy series, The Bewildering Adventures of King Bewilliam. 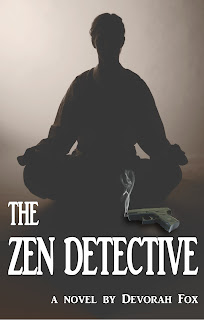 What, in your opinion, is the best thing about fiction?
Fiction enables us to learn about people, places, and events that we would not ordinarily encounter, and to entertain thoughts and experience emotions that are not part of our everyday life.

Is there anything you’d like to write about, but never had the chance to start?
I have an idea for a story set in biblical times the way The Red Tent by Anita Diamant is. I’ll tackle it sometime in the future when I have more time for the enormous amount of research it’s going to require.

Do you have a special message for your readers?
Please leave a review on the amazon, Barnes and Noble, or other site where you purchased the book, even if it’s just a line or two. We authors learn a lot from reader reactions. Plus, if you enjoyed the book, your review could encourage someone who’s not familiar with my work to give it a try.